The Real Cost of Falls and Other Workplace Injuries.

How to get safe and avoid violations | Gorbel's Fall Protection Tips

There is one thing for certain when it comes to workplace falls and accidents: inattention to problematic situations and the lack of an appropriate safety plan will cost you on multiple fronts. From dips in productivity and federal workplace violations to the slew of negative effects associated with lowered morale, the downside of a dangerous workplace environment can hobble even the best-run businesses. Even if your place of business appears to be in great overall condition, it's always worth going through potentially harmful scenarios to avoid dicey situations in the future. Here's our guide to help you ensure that you're covering all your bases when it comes to workplace falls and injuries.

Designed to be severe enough to discourage unlawful work environments, Occupational Safety and Health Administration (OSHA) violations can very quickly cut into your bottom line – even if a business is cited only once. Before new regulations were adopted, a single violation would cost a business $7,000, although that jumped to $12,471 in November of 2015 and now stands at a robust $12,934.

But where OSHA violations can really wreak havoc is if a business doesn't immediately address the problem, as a business can also be hit with recurring costs of an additional $12,934 every single day a dangerous workplace scenario is not resolved. While it goes without saying that it's in the interests of employers to address a violation immediately, recurring violations after the abatement date are severe enough that they can actually shutter a business. For recurring violations, defined as "willful or repeated" by OSHA, the price can be $129,336 per violation.

Though this is the federal standard, it's also a good idea to know if the state you're operating in has more severe penalties than OSHA's federal guidelines. States that have their own versions of OSHA are required to administer penalties that are at least as severe as the federal ones.

The good news is that OSHA offers some free resources designed to help employers comply with all rules and regulations, such as the voluntary on-site consultation program. Entirely distinct from the OSHA inspection program, the consultation program is confidential and will give employers a thorough overview of any potential violations or hazardous situations, allowing businesses to get out in front of emerging problems. OSHA also requires employers to keep records of injuries (beyond basic first aid) and significant employee illnesses, which can also help monitor and address any unsafe conditions. Although businesses with less than 10 employees are exempt from mandatory recordkeeping of injuries, it is still recommended that all businesses keep accurate and up-to-date records.

The impact of workplace injuries on premiums.

There are a bevy of things to consider when it comes to workplace injuries and insurance premiums, although it's also important to remember that middle and long-term trends significantly outweigh the short-term dilemma of a worker's compensation claim. While a claim could have an adverse effect on your premium, underwriters are much more interested in how safe your business is over the long haul when determining how much your insurance will cost.

For larger businesses, an essential piece of the puzzle is the experience modification factor (e-mod), which seeks to determine how your business compares with other similar organizations. In short, if your environment is generally safer than your contemporaries, a single claim won't do much to change your policy and you will likely maintain a premium that is lower than your competitors. A similar principle applies to smaller businesses, which may or may not have an e-mod depending on the number of employees (along with some other factors). With or without an e-mod score, however, underwriters are still essentially just looking at your claim history versus any new or pending claims.

More than just maintaining a work environment that is as safe as possible, employers can also take measures that will be a positive signal to underwriters after a claim. For example, bringing employees back to work quickly can be an important sign of a healthy work environment, although clearly this has to be done on a case-by-case basis. While the last thing an employer wants to do is place an unrecovered worker back into a dangerous situation, moving a recovering employee to modified duty and/or offering reduced hours can be a simple way to balance the needs of both the employee and the business. Seeing an employee back at work – even if it's for light duty – can be a positive sign for both the insurance underwriter and for the morale of the team.

Because many work environments have unavoidable risks and dangers, what matters is how an employer prepares the environment to the best of his or her ability and how employees are treated after an injury occurs. By placing safety in the foreground at all times and responding appropriately when injuries occur, employers can avoid negative patterns that could have a much bigger effect on an insurance premium than a single injury.

A single injury can have a butterfly effect on the rest of your team, as human nature tends to take over. Beyond the time it takes to clean or clear up a site after an injury, employees might have to be moved into unfamiliar roles out of necessity, which also increases the likelihood of both injury and loss of productivity. Additionally, it takes time to train new employees, assist the injured worker, file reports, change schedules, and deal with any other logistically problems that might arise. Ultimately, employers will have a scrambled and shorthanded team that is outside of its comfort zone, which is a clear path to lowered productivity.

This is why the best employers already have a plan in place before an injury to help mitigate any lingering effects. One of the best ways to help your team after an injury is to simply have a good understanding of the skills of your workers. Knowing beforehand which workers are versatile, which ones learn quickly on the job, and which ones are natural leaders who can help step up in a dire situation can make a huge difference in maintaining productivity – or at least in slowing its decline.

This also is more incentive to have a system in place to bring back an employee onto the floor as soon as it's appropriate. While this should be a positive for your premium as well (as noted above), the negative psychological effects on a team can be significantly limited when a worker is quickly placed back on the job, even if it's in a capacity of just answering phones or providing oversight to the team. Even in the era of constant communication outside of the workplace, an absent employee for an extended period of time can lead to rumors, misinformation, and ultimately to dips in productivity. Correspondingly, a system that brings back an employee quickly will also increase transparency, another benefit that can lead to elevated productivity.

Having a recovering employee handling appropriate tasks will not only allow the worker's expertise to remain part of the team during recovery, but it also signals to other employees that an employer is taking care of the needs of both the worker and the team at large. There is one caveat, however. While bringing an employee back on the floor can be great for morale and help recover productivity, employers have to be very careful not to do it sooner than is appropriate, or to place the recovering worker in a situation he or she is not equipped to handle. Instead of enhancing morale and productivity, the effect is likely to be the opposite. 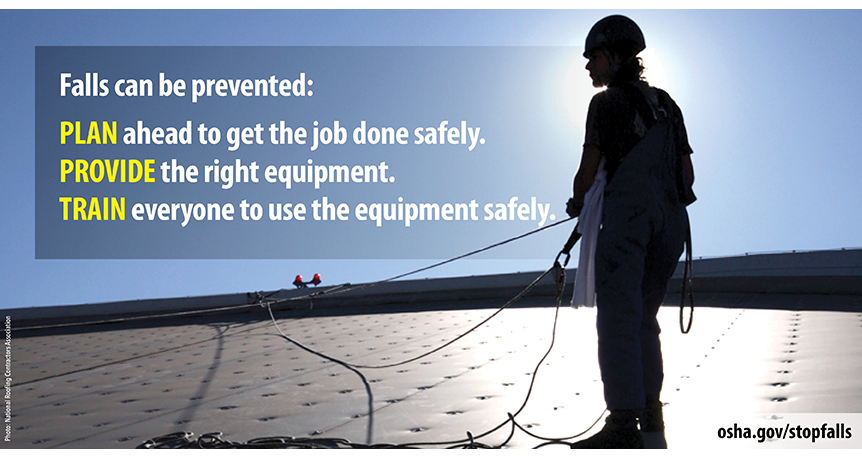 Other costs to consider.

If there is an unfortunate workplace injury that takes place, savvy employers and managers will address and report the injury immediately for a variety of reasons, including lowering the chances that an employee will feel compelled to seek outside legal counsel. While all employees certainly have a right to enlist an attorney, employers that quickly address the situation head-on will send a signal to employees that everything is being handled in an above-board manner. Clearly communicating to the injured employee about wage replacement payments and medical care can go a long way in reducing anxiety and maintaining confidence in the employer. Ultimately, the cost of worker's comp claims for the business tends to increase when an attorney is included in the process, which can usually be avoided by attentive employers who are upfront with employees.

Delaying the reporting and treatment of an injury – even a relatively minor one – can also have a ripple effect, especially for relatively small teams. While an employee might wish to push through a perceived minor injury, an injury that festers and doesn't heal properly can lead to expensive surgeries and rehabilitation programs down the road. Delayed treatment might mean the difference between losing a worker for a very short period of time and having to hire new workers to fill the gap during an extended recovery. If an employee insists that an injury is not worth reporting, it is critical to follow-up with the employee in the days and weeks afterwards to ensure everything is healing correctly. This dynamic only confirms the need for employers to keep very good records of injuries at all times.

Workplace injuries will significantly test the mettle of any employer, as a single injury can shakeup an entire team, lower productivity, and possibly even bring about legal action. With severe OHSA penalties for noncompliant employers and the possibility of significantly raised premiums if patterns of unsafe work environments emerge, an employer's duty is to both the workers and to the bottom line of the business as a whole. That's why many employers institute active Injury/Illness Prevention programs that can help seek out potential problems before they can have a negative effect on the business.

In addition to an active prevention program and great recordkeeping, ensuring that your team has the right safety equipment to prevent – or limit the severity of – injuries is an absolute must. While the Department of Labor and OSHA have legal requirements for safety equipment, there's good reason to go beyond their standards when possible. Appropriate personal protective equipment (often called PPE) isn't just a something that will help you avoid a hefty OSHA penalty; credible estimates suggest that every dollar spent on PPE should mean saving at least two dollars that would go to the costs of injuries. At the top end of the trajectory, one dollar spent on PPE could mean as much as six dollars saved on the back end.

But the solution also doesn't have to be overly complicated either. By following rules and regulations, regularly stressing the importance of safety, and staying up-to-date with appropriate safety equipment, you will be in a good position to ward off as many injuries as possible. When unfortunate injuries do happen, however, having a system in place to transform the team along with transparency with employees will go a long way in maintaining the overall health and safety of your business. Like with many aspects of business, failure to address safety problems both before and after they arise will have an enormous impact on the bottom line and functionality of a business.

Gorbel has over 30 years of experience in the Material Handling Industry and we are committed to making workplaces safer . We are industry leaders and our experts can help find the ideal solution for your workplace.

Please contact us to schedule a free onsite consultation or to request further information.